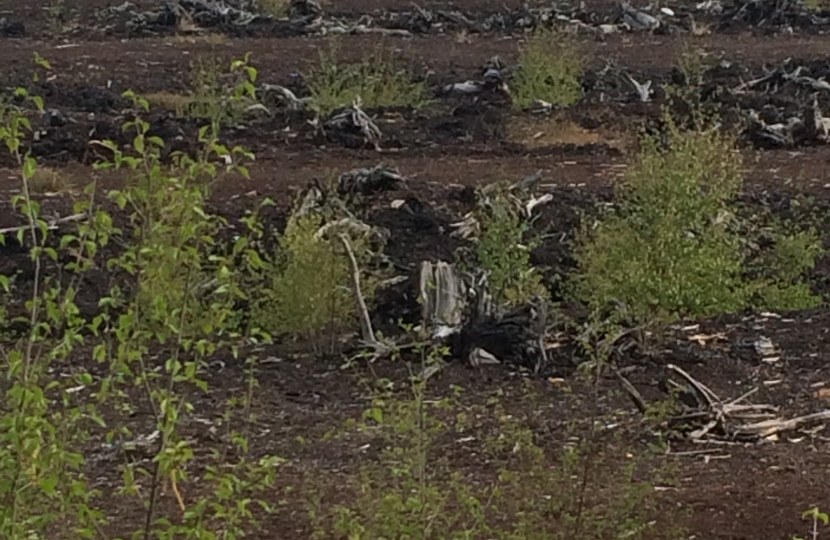 The sale of peat for domestic use looks set to be banned by the end of the year – bringing an end to fears over the future of areas such as Lindow Moss.

Tatton MP Esther McVey has been campaigning to protect the peatbogs across Cheshire, raising the matter in Parliament and meeting with Government ministers to ensure protection of the natural carbon capture and storage.

On Tuesday (MAY18) Environment Minister George Eustice is expected to announce the consultation into banning peat for domestic use, which could come into force within months.

Ms McVey said: “I have repeatedly said we need to act and protect our peatlands and the Government was clear with the industry that an alternative to peat for domestic use was needed by 2020, otherwise action would be taken. A year on and most of the compost being sold in garden centres or supermarkets is still peat-based despite there being peat free alternatives.

“Protecting our peatlands is essential for both the environment and wildlife and therefore it is vital that once the consultation is closed, there are no further delays but action is taken. I will be speaking to the Secretary of State in the coming days to make my views known once more to ensure Lindow Moss and other areas across Cheshire are protected.”

If peatland habitats are healthy, as well as being places of beauty for wildlife and visitors, they tackle climate change by working as natural carbon capture and storage. However, if damaged the peatlands lose their ability to remove the CO2 and instead release it back into the atmosphere.

Mr Eustice will say: “Peatlands are our biggest terrestrial carbon store and home to some of our rarest species, including bitterns, swallowtail butterflies, carnivorous sundews, hen harriers and short-eared owls. But only 13 per cent of our peatlands are in a near-natural state.”

As part of his announcement Mr Eustice is also expected to announce a fund to restore 35,000 hectares of degraded peatland across England.