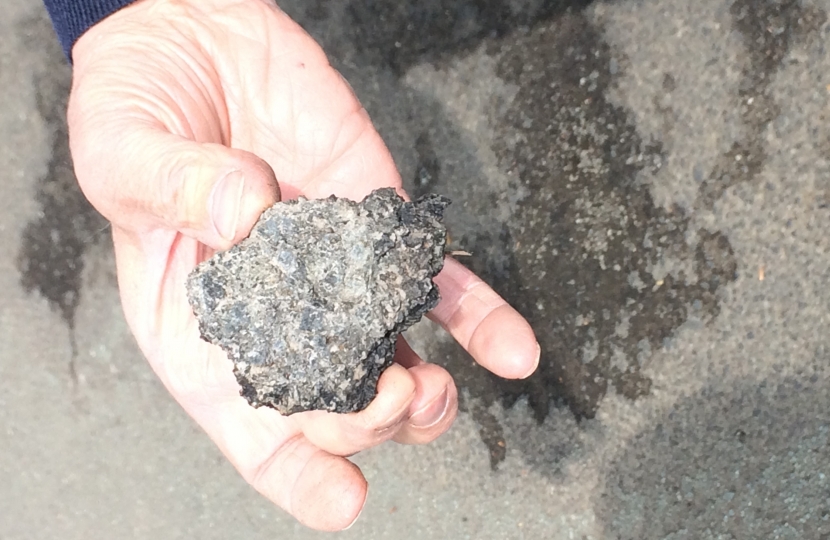 Esther McVey has urged council chiefs to set out how it records data relating to pothole repairs - after two official attempts to gain information for frustrated residents have failed.

The Tatton MP Esther wants to know which roads in the constituency have been repaired, which are awaiting repair and the criteria behind which roads are prioritised. She submitted two Freedom of Information requests to Cheshire East Council around the issue but has been told there is no breakdown on repairs by postcode and while the council have some information regarding pothole repairs, her request was deemed “too costly” to provide.

The first request submitted was for a breakdown on spending for each of the five parliamentary constituencies covered by Cheshire East Council area from the various pothole funding streams in 2020/21 and 2021/2022.

Cheshire East said they do have the information but did not provide it as it was deemed “manifestly unreasonable”. It said: “Cheshire East Council does not record the data by parliamentary constituency. In order to break down these figures into money spent out officers would be required to review all schemes in conjunction with the council’s finance team in order to provide exact figures and split these by constituency.”

A second attempt asked for the information broken down by town or postcode.

The response said: “I am unable to provide you with a breakdown via Town or Postcode as this information is not recorded.”

Ms McVey said the responses were not satisfactory and questioned how the information was recorded.

Ms McVey said: “Whilst accepting that they might not keep the data by parliamentary constituency, I am struggling to believe they can’t provide it via postcode or town or village. In some cases, providing a road number or name is not going to be particularly helpful as some roads are long and go through multiple villages. My hope was to be able to understand how the funds spent on road repair was used across Cheshire East.

“The inability to provide the information makes me question how the Council are able to adequately monitor the issue.”

The failed FOIs come as Council Leader Sam Corcoran tweeted “the more people who report a pothole, the more chance there is of getting it repaired.”

Ms McVey said the tweet was “concerning” and raises more questions on the council’s management of potholes, given she was previously told there was a strict criterion for repairs and resurfacing, which was that the affected area is 50 mm deep.

She added: “I was under the impression there was a formula for whether a pothole got repaired- not some sort of voting system.”