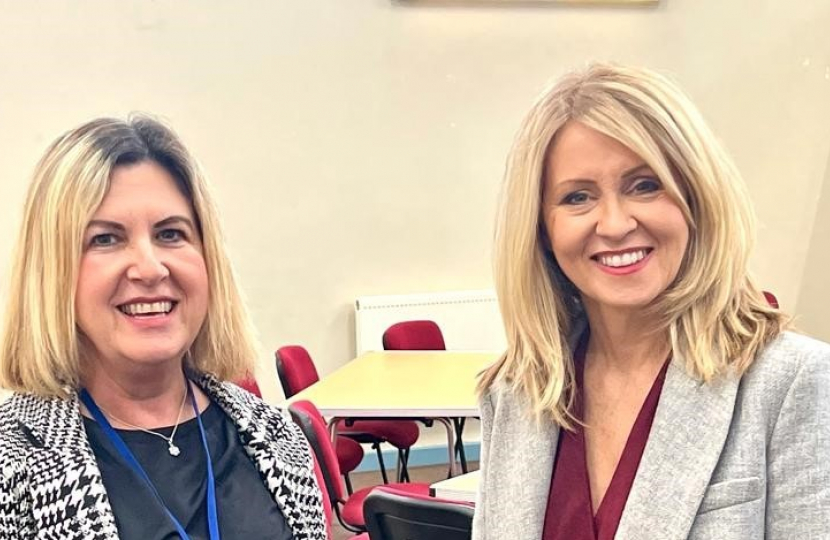 Esther McVey has thanked government for listening to concerns set out by residents over plans to increase burning capacity at the incinerator at Lostock Works.

The Tatton MP had met with ministers at the Department for Businesses, Energy and Industrial Strategy urging them to oppose any expansion and told them of the strong opposition locally of residents she had been working with.

Now she has welcomed the news government has listened and rejected the plans which would have seen the amount of waste burned rise from 600,000 to 728,000 tonnes a year and a significant increase in the number of lorries coming to and from the site.

Ms McVey said: “I am delighted government has listened and made the right decision.

“I submitted a formal opposition to government regarding the expansion and have been working with local residents, Cheshire West and Chester Councillor Helen Treeby, members of Lach Dennis and Lostock Green and Lostock Gralam Parish Council to oppose this.

“It was clear there was no need for any expansion. It made no sense at all given that households are recycling more and therefore generating less landfill.

“We have a situation whereby residents in the county are not creating the waste and it is being brought in from outside but yet they are the ones who would suffer from an increase in incineration and with an increase of vehicles on the road, in both terms of emissions and the hours the drivers were working.”

Cllr Treeby added: “I am pleased that my views in support of residents have been listened to as this application would have had a huge impact on Rudheath residents.”

As planning permission was granted in 2012 and the proposals were not to expand the incinerator but to change capacity a new planning application did not have to be submitted. The decision on expansion fell on government to take following representation from local councils and residents.