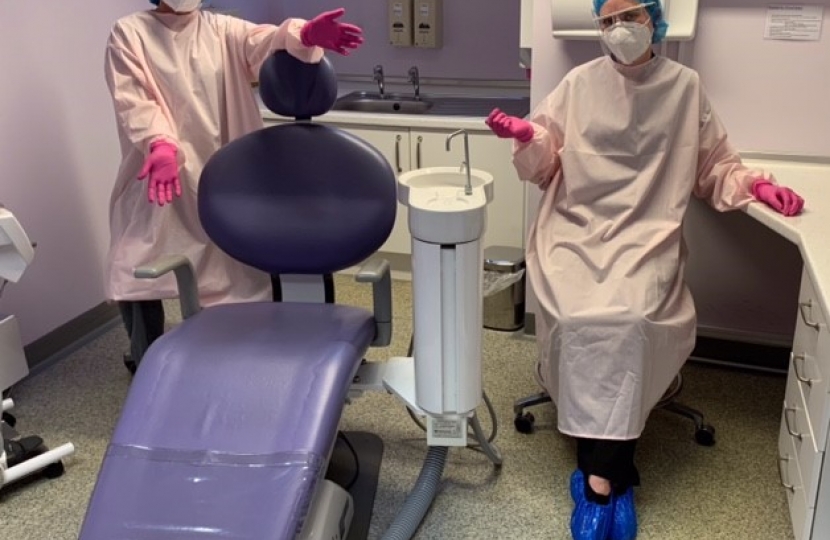 Esther McVey is urging Government to set out a long term plan to secure access to NHS dentistry – as patients contact her claiming they are being removed from surgery lists.

Concerned constituents have told the Tatton MP that they have been taken off NHS books and are struggling to get back on a list or fund an alternative NHS provider.

Ms McVey said: “Anyone who wants to access good and local NHS dentistry should be able to but it seems more and more people are struggling, and the situation is getting worse since the pandemic. A requirement of many practices to stay on an NHS list is attending routine appointments and many have told me that they could not attend an appointment as one was not available. Some say this is because their surgeries were closed during parts of the pandemic and others say since re-opening there have been reduced appointments or that dentists were prioritising emergency work.”

Ms McVey has written to the Department of Health calling for a meeting to discuss this issue and the ongoing problem in accessing care.

Last week the NHS announced an extra 350,000 early appointments to tackle the Covid backlog.   The £50 million fund will see £7.31 million allocated to the North West and the appointments will be available until the end of the financial year, meaning the majority will be in February and March.

Ms McVey also wants a breakdown of appointments to ensure her constituents are getting a fair share and not missing out to areas such as London.

Throughout the pandemic many people resorted to DIY dentistry because they could not get an appointment, or if one was available, many were unable to pay private costs.

Ms McVey said: “NHS dentistry provision is a recurring theme in my post bag but the amount of correspondence I am receiving has increased in recent weeks. People are rightly frustrated to learn they have been removed from NHS surgeries or lists.

“I welcome the extra appointments being made available and want to ensure my constituents will benefit from this, but we need to look long term at NHS dentistry as this is an issue that is not going away. People need to be able to access care.”

In lockdown most dentists were providing patients with advice and antibiotics over the phone where appropriate and those in need of emergency treatment were referred to urgent care hubs, located in different spots around the country. Ms McVey repeatedly told Government the surgeries should be allowed to open and dentists were more than capable of assessing risk to themselves and patients and making choices to protect everyone.