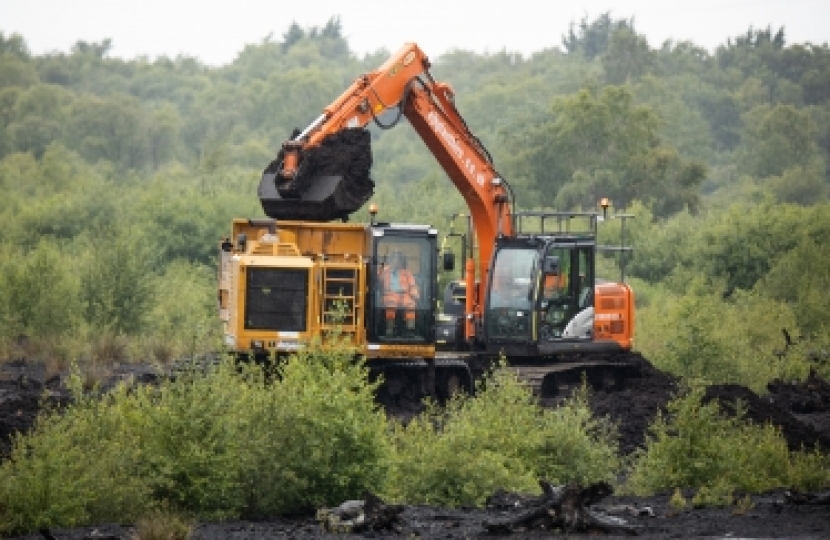 Government must set out what it plans to do to protect peatlands across Cheshire given the importance they play in acting as natural carbon capture, Esther McVey has warned.

The Tatton MP said certainty was needed over future sales of peat for domestic use, given no announcements had been made from Government despite hints it would be forthcoming.

She has tabled written Parliamentary Questions and hopes to question Ministers in Parliament later this month over the issue.

Ms McVey said: “If peatland habitats are healthy, they work as natural carbon capture and storage in that it holds large stocks of carbon and it can get more from the atmosphere too. As well as being beautiful places for our wildlife and for people to enjoy it helps tackle climate change. As it stands there is a problem with large quantities of peat being bought and used for domestic use.

“Government said it needed to see movement to peat alternatives by 2020 and if not, it would look at what other measures could be taken to protect areas like Lindow Moss. Here we are a year on and no announcements have been made.”

Ms McVey said across the area there are scientifically, and historically significant areas of peatland which needs protecting given the huge ecological and environmental benefits and hopes her questions may provide some clarity.

She said: “I have asked whether Government has any plans to ban the sale of peat for domestic and garden use and depending on what answer comes back I will keep pressing the issue as we need to protect our peatlands. I am not saying banning the sale of peat for domestic use is necessary but something needs to change and Government made it clear to the industry action was needed otherwise they would legislate but from conversations I am having locally very little has changed.

“I would hope Government set some sort of target for the industry it expected it to meet in reducing domestic sale and it will be interesting to know how much progress, if any has been made. This data would be essential in knowing whether legislation was needed or not.”

According to scientific experts globally peatlands account for three per cent of the world’s land area but hold more than 30 per cent of the global carbon store and it has the potential to be a natural solution to reducing greenhouse gas emissions.

Damaged peatlands lose their ability to remove CO2 and instead release it back into the atmosphere.