Byley residents fight for their 'rights as residents' 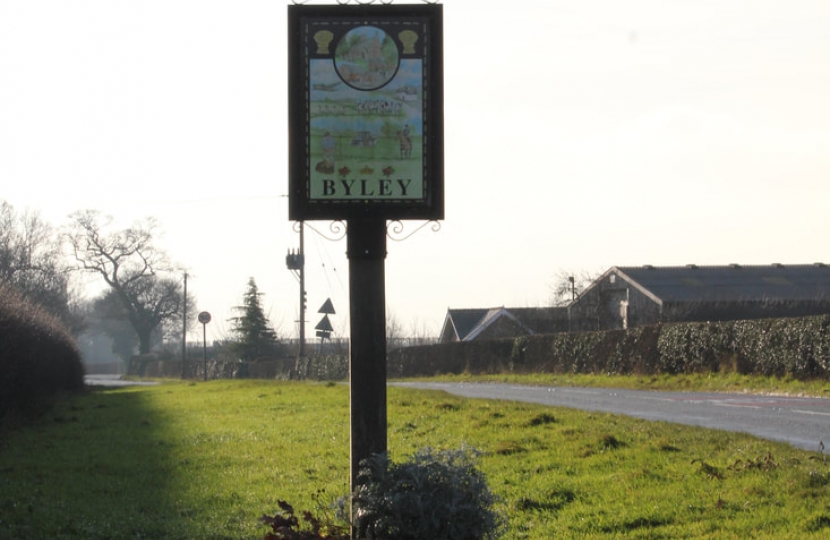 AN MP is throwing her weight behind villagers’ plea to get the council to listen and act over the “unacceptable behaviours” at the cement works site in Byley - which they claim is having a detrimental effect on their health as well as damaging the beauty of the area.

Tatton MP Esther McVey has been contacted by frustrated residents who, despite telling Cheshire West and Chester Council of their concerns when F P McCann took over the factory, are struggling to be heard.

Residents say woodland has been destroyed, an industrial fence erected and measures to control noise pollution installed by the previous owners downgraded. Multiple planning applications have seen the site grow and residents say despite continuing to oppose any planning applications they are passed as the council believe it brings jobs to the area.

Work is meant to begin at 8am but residents say it starts significantly earlier and have shown the council video evidence of this.

Keith Wilkinson, of Byley Road, said: “We have to daily endure loud banging, scraping noises, drilling, metal sawing noises and the endless beeping from the movement of trucks and plant about the site just across the road from our house from about 6:30am. We are regularly awakened by this. It is intolerable. The Council have done absolutely nothing to protect our rights as residents, protect us from noise pollution, or maintain our previously quiet quality of life. Clearly house prices will have been seriously affected by this expansion so it’s not as if we can just leave.”

Steve Moran, Vice chair of Byley Parish Council said relations have broken down after unsuccessful talks with the company. He also criticised council planners for refusing to meet with residents and claimed he was not allowed to speak against plans at a planning meeting.

He said: “The Company F P McCann has raped this rural area and it is unrecognisable. This is about real people, real lives and quiet people who lived in the area to be quiet. It was rural. The council now think it’s an industrial area and it really feels like nobody cares. The residents feel disrespected and uncared for. Neither the company nor the council have shown any thought or respect to the people of Byley.

“The people of Byley have no faith in Cheshire West and Chester Council anymore. The only people that have even tried to help us are Councillor Stocks and Esther McVey and even they are finding all this hard to fathom.”

Residents say the situation is affecting their sleep, causing stress and affecting general health as well as their ability to work from home due to excessive noise.  It also has been blamed for recent flooding, damaging wildlife and the natural beauty of the area.

Simon Moorehead, of Kings Lane added: “The council have carefully listened to our complaints and requirements and then wilfully completely ignored them dismissing the matters that we see as important to our daily lives as of no consequence and turning a blind eye to significant FP McCann transgressions. Something does not add up.”

Ms McVey has contacted the Local Government Ombudsman setting out residents’ concerns and complained over the lack of council enforcement when issues have been raised.

Ms McVey added: “We have a situation whereby many residents are providing evidence of what is happening but are being told it is out of their control or not their responsibility. It is affecting their quality of life and the expansion of the site has turned a rural village into an industrial manufacturing site. The Council need to meet with us and listen.”

He added: “The developer has shown a complete disregard for working within the planning system highlighted by the complaints mentioned. The council has failed to address the concerns raised by local residents and take action against the developer to prevent the continued breaches continuing to take place.”

There are also concerns regarding safety given it is next to a gas plant.