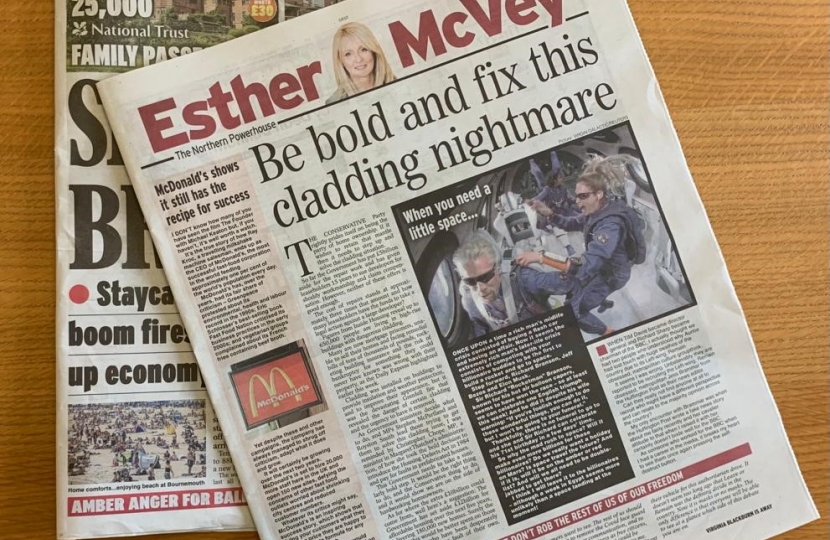 THE CONSERVATIVE Party rightly prides itself on being the party of home ownership. If it wishes to retain that mantle then it needs to step up and solve the cladding situation. So far the Government has put £5billion aside for the repair work and has given leaseholders 15 years to sue developers for shoddy workmanship and claim compensation. However, neither of these offers is good enough. The cost of repairs stands at approximately three times that amount and how many leaseholders have the funds to take a legal action against a large developer?

Figures from Inside Housing reveal up to 650,000 people are living in high-rise buildings with dangerous cladding.

Many are now mortgage prisoners, unable to sell their homes and facing remedial bills of tens of thousands of pounds, rocketing building insurance and the risk of bankruptcy for something they could never have known was wrong with their property, as the Daily Express highlighted earlier this week.

Cladding was installed on buildings to provide insulation and weather protection, and to improve their appearance, but it was the devastating Grenfell fire that revealed the danger of certain cladding and the urgency to have it removed.

As Government ministers decide what to do, and MPs Stephen McPartland and Royston Smith lead those trying to get them to solve this cladding issue, I was reminded by Christopher Chope MP, a minister in Margaret Thatcher's administration, of how she took the bold decision to introduce the Housing Defects Act in 1984 and pay for faults in prefabricated houses.

Conservative thing to do, and it would show we are on the side of hardworking homeowners.

As for where the extra £10billion could come from, well here's a suggestion: The Government has set aside £12billion for affordable housing over the next five years, delivering 180,000 new homes. Surely the bulk of this would be better spent on those homeowners who have been desperately let down through no fault of their own. This issue is not going away.