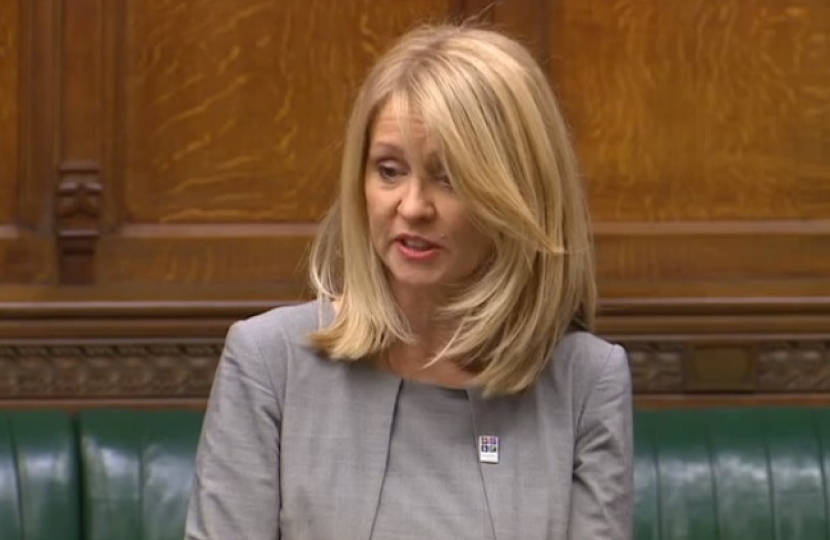 Esther McVey is today demanding Government set out its proposals to ensure thousands of leaseholders and tenants are not left with huge safety repair bills – after her attempt to force action failed.

The Tatton MP was one of 29 Conservative MPs supporting an amendment to the Fire Safety Bill which would ensure upfront costs to rectify building defects and remove dangerous materials on buildings like those responsible for the Grenfell Tower tragedy, were met by building owners or developers and not left for leaseholders.

The costs would be paid by the taxpayer and then a levy imposed on cladding producers, contractors, and developers to recoup the cost. But Government voted against the amendment leaving residents facing an uncertain future.

Ms McVey said: “If Government is not going to support this then it has to come forward with a solution and fast. People are worried about their future, are facing tens of thousands of pounds of crippling debt, loans which will take years to repay or even bankruptcy in some cases.

“In recent weeks I have spoken to many families across the constituency who are very worried for their children who own these properties. Many say they are having sleepless nights due to worry about fire safety and that is no way to live. These problems are not the fault of the leaseholders and tenants and Government has a duty to act. This problem is not going away and I along with other colleagues will keep piling pressure on Government to set out its solution. The amendment I supported was the right thing to do and I am extremely disappointed Government did not see that.”

The amendment was passed by the House of Lords but defeated last night in Parliament.

As it stands Housing Secretary Robert Jenrick said £3.5 billion will be spent replacing cladding, but only housing 18 metres in height will qualify. Smaller buildings are being left to take out loans.

Ms McVey added: “It is right Government announced money to replace the unsafe material but I am disappointed it is only on buildings above 18 metres in height. The height of the building is irrelevant, what is important is the safety aspect, the cladding used and the defects found.”

HOUSING is the ultimate example of supply and demand. The problem is that there is too much demand and not enough supply, and to solve that problem we need to tackle it from both directions.