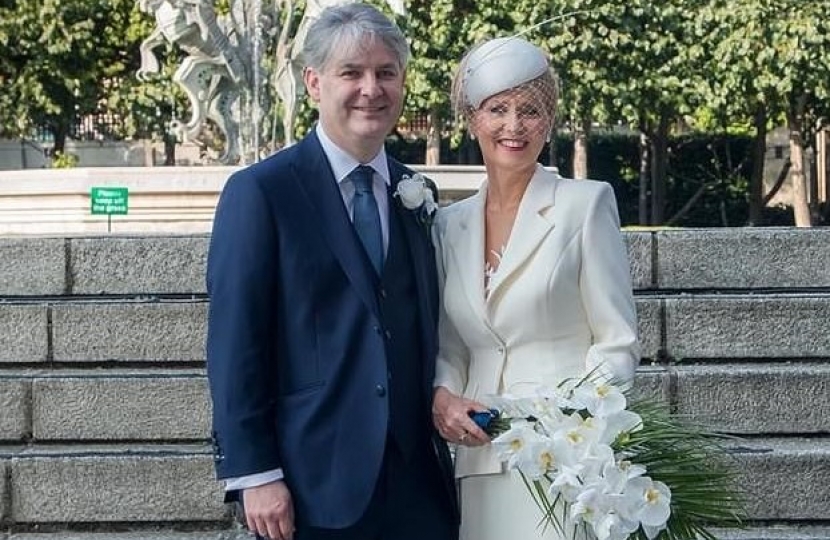 By BRENDAN CARLIN FOR THE MAIL ON SUNDAY

Boris Johnson is being urged to mark Valentine's Day by giving hope to half a million couples that they can marry soon.

Tory MPs want the Prime Minister to lift strict Covid restrictions for the sake of the hundreds of thousands of people waiting to marry – and the 400,000 who work in the £14.7 billion wedding industry.

Led by Esther McVey and Philip Davies, who wed in September, at least a dozen MPs are backing the What About Weddings campaign for Covid-secure ceremonies to begin from March 8, and normal ones from May 1.

Under lockdown rules, couples can only tie the knot in England in 'exceptional circumstances', such as a terminal illness.

Mr Johnson has said he 'hopes' people can wed 'in the normal way' by summer.

But former Cabinet Minister Ms McVey and her husband Mr Davies want him to give a much clearer timetable.

They said vaccinating the top nine risk groups by the end of April would prevent 99 per cent of Covid deaths, adding: 'That should be a huge moment for couples to walk down the aisle.'

The case for funding a new Winnington Bridge to tackle the congestion and problems caused by the current one- way crossing has been made to Government.