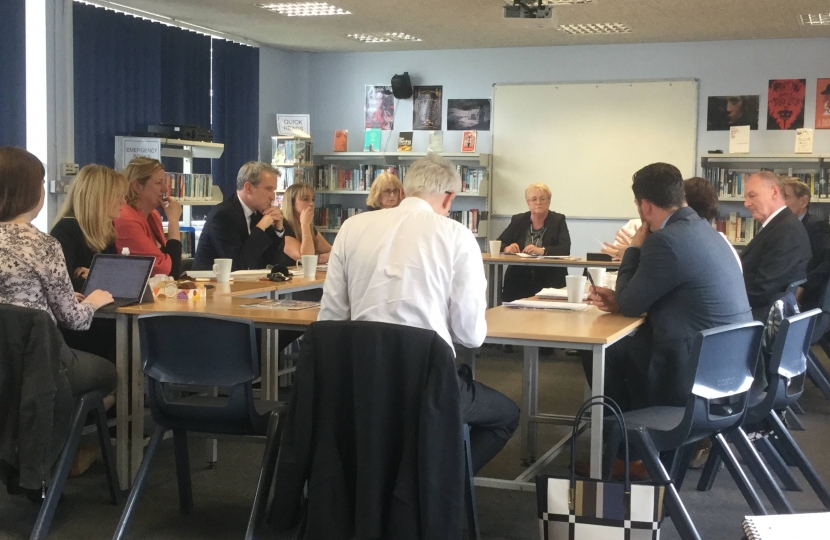 Ms McVey has repeatedly called for action to close the funding gap between Cheshire and other schools across the country and secured the top level meeting between the government minister, other Cheshire MPs and education chiefs to set out the unique factors affecting the county.

Ms McVey said: “The challenges faced by individual schools in the area vary greatly from rural schools, small schools or schools in more deprived areas and it is vital that Damian Hinds understands the problems teachers and governors are facing. Education needs to be focused on individual need and everyone given the right support they need to achieve the best they can.

“It was clear in the meeting that there are a number of factors that mean the current funding formula does not work well for Cheshire Schools. In fact, there is no real acknowledgement that all schools have an underlying cost before any pupil arrives. If you are a small school then just covering those basics can be a challenge with the current formula. We need to act on this and give schools the money they need to provide young people with a first class education.”

All headteachers at the meeting raised concerns over Special Educational Need and Disability (SEND) provision and how it is currently funded. The Department for Education has just started a consultation into SEND provision.

Ms McVey added: “Inclusive schools are disadvantaged because of the way SEND provision works and this cannot be allowed to continue.”

Mr Hinds was told headteachers were largely supportive of school inspections but said league tables were sometimes unhelpful given they are published with no context.

Ms McVey added: “What concerned me from the meeting was that schools appear to be penalised for putting the needs of the children first ahead of entry to exams.

“I am pleased Damian Hinds came and listened to our concerns and I look forward to his thoughts on the matter and suggestions on how some of these problems may be resolved.”