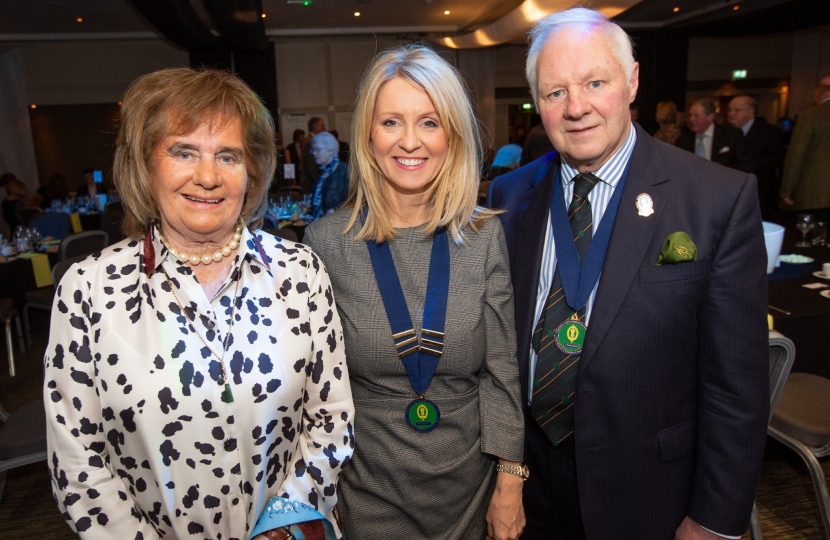 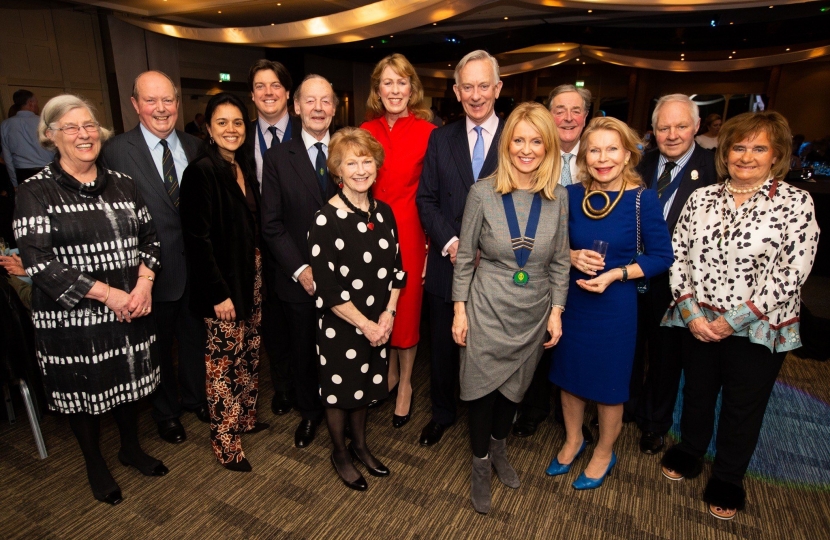 A number of people who help raise more than £4.5 million annually for the Cheshire economy have been recognised at an awards ceremony.

For 180 years The Royal Cheshire County Show has been one of the biggest agricultural events in the North West, made possible by the hard work and dedication of hundreds of volunteers and organisers.

This weekend Tatton MP Esther McVey in her role as the 2018 Patroness of the Royal Cheshire Show, helped recognise their work at the show’s Stewards Supper at Mere Golf and Country Club.

She said: “It was a lovely night and an honour to be involved in recognising the fantastic people who have put so much time and effort into making the show a continued success. Seven certificates of appreciation were awarded but the event would not be possible without the work of hundreds of people giving up their time.”

This year’s Cheshire Show saw about 78,000 visitors over the two days, 700 trade stalls and more than 400 volunteers. In addition to the estimated £4.5 million is has brought to the Cheshire economy it donates more than £10,000 each year to a chosen charity as well as giving free tickets and stall places. Hundreds of school children taking advantage of the free tickets do not live in rural areas so they get to experience outdoor life and learn more about the connection between farming and foods.

Ms McVey added: “The hard work and dedication of the volunteers is second to none. Tony Garnett, who has chaired the Show for 11 years puts in copious amounts of time in the voluntary role. Both he and his wife Pam do excellent work and I would like to thank them for everything they do for the area.”

This is Mr Garnett’s last year as Chairman of the Stewards Supper and he is standing down after the 2019 show.