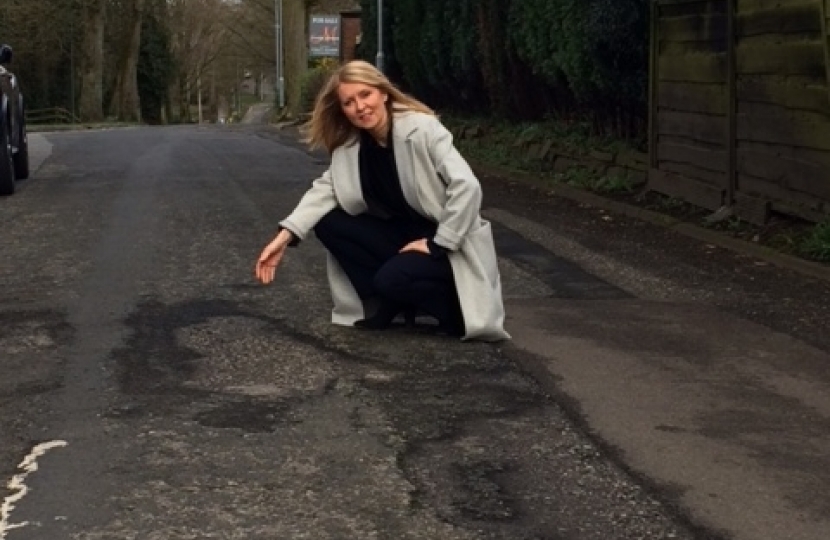 Drivers and cyclists must start to see an improvement in the county’s roads – following a massive Government cash injection to fix potholes, Esther McVey has warned.

The Tatton MP wrote to the Chancellor and Cheshire East Council following the announcement seeking assurances Cheshire would get a fair share of the cash and not miss out to more urban areas.

She said: “Priorities of councils and Government changed overnight with Covid-19. Schemes such as repairing potholes got put on the backburner and the most important thing was protecting people and stopping the spread of the virus. Now as we move into a more normal way of working and more people return to work, I hope this vital work can restart and I have chased up answers from the Treasury over cash allocations for the area.

“Many of the roads around our area are in terrible condition and in need of urgent repair and as winter approaches the conditions will get even worse. I have had many conversations with Cheshire East Council about the state of our roads and raised the matter with Government ministers at the Department for Transport so I hope we will get our fair share of the money so drivers and cyclists across Cheshire see a marked improvement in road conditions.”

The money announced by Mr Sunak is to be spent in the North West, East and South West of the country. It is estimated over the five years 10 million potholes nationally will be fixed.

Government said the fund would help speed journeys and reduce a problem which results in a car-repair call-out roughly once an hour across the UK.

It is estimated 90 per cent of vehicle insurance claims relate to pothole damage.