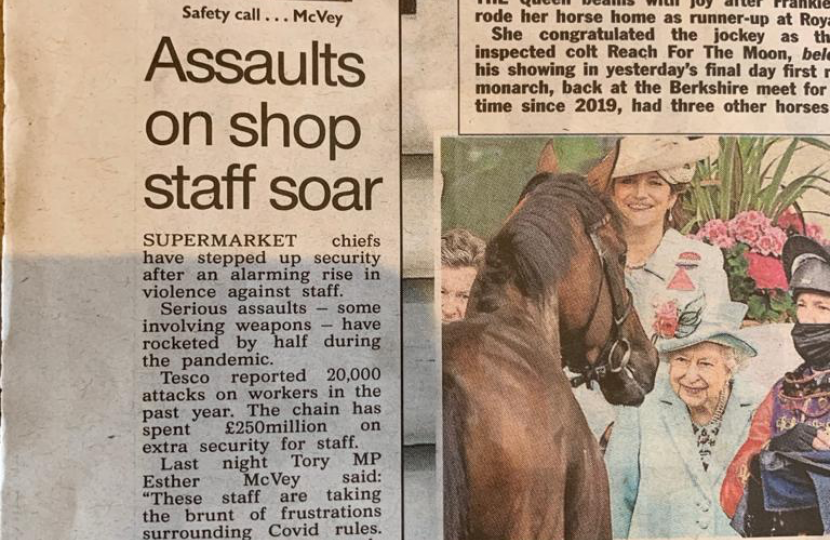 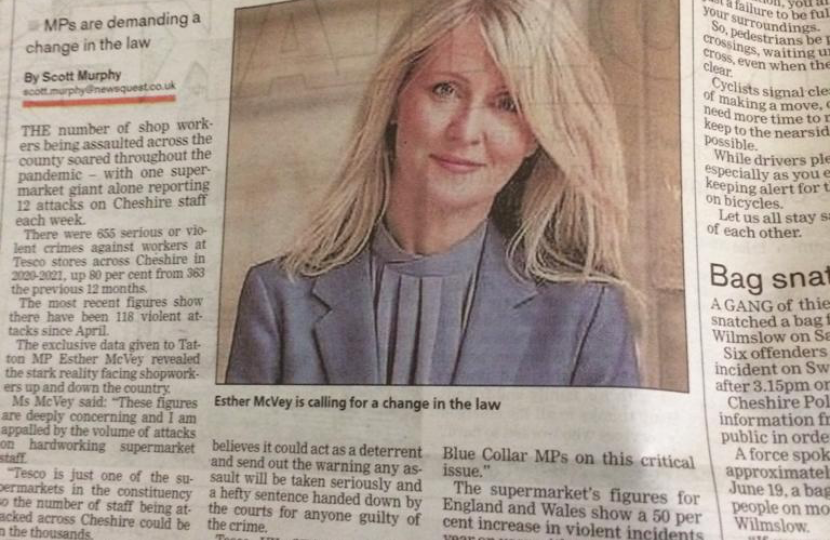 The number of shop workers being assaulted across the county soared throughout the pandemic – with one supermarket giant alone reporting 12 attacks on Cheshire staff each week.

There were 655 serious or violent crimes against workers at  Tesco stores in Cheshire in 2020-2021, up 80 per cent from 363 the previous 12 months. The most recent figures show 118 violent attacks since April.

The exclusive data given to Tatton MP Esther McVey revealed the stark reality facing shopworkers up and down the country.

Ms McVey said: “These figures are deeply concerning and I am appalled by the volume of attacks on hardworking supermarket staff. Tesco is just one of the supermarkets in the constituency so the number of staff being attacked across Cheshire could be in the thousands.

“These staff have been working tirelessly throughout the pandemic to keep the country fed and deserve respect, not to be in fear of attack when they go to work.”

Ms McVey has been speaking with the supermarket giant around the issue of assaults on staff and is campaigning for assaulting a shopworker to be made a criminal offence in its own right. She wants Government to introduce the offence and believes it could act as a deterrent and send out the warning any assault will be taken seriously and a hefty sentence handed down by the courts for anyone guilty of the crime.

Tesco UK CEO Jason Tarry said: “Every day our colleagues, along with hundreds of other retail workers, in every region of the UK face abuse, threats of violence and are even assaulted, simply for doing their jobs. This is not acceptable. Our stores should be safe places to work and shop. There is an opportunity to change the law that will increase the protection of shopworkers as they carry out their daily tasks and we welcome the support of Blue Collar MPs on this critical issue.”

Tesco has approximately 250,000 frontline colleagues, meaning 1 in every 12 experienced a serious incident, which it defines as an incident involving a weapon, assault or a threat to colleagues.