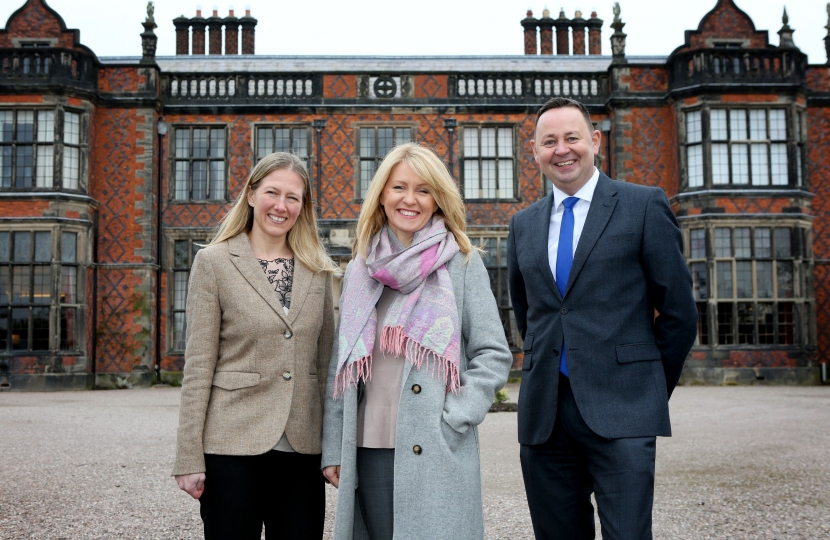 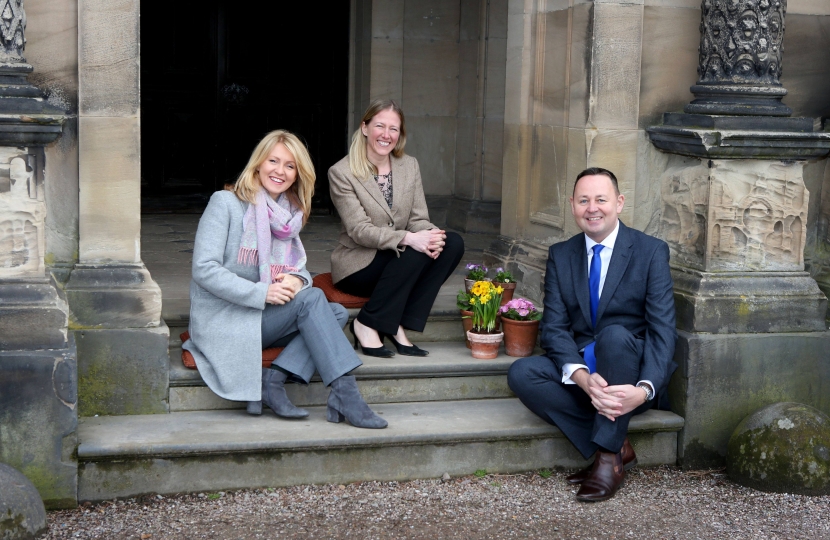 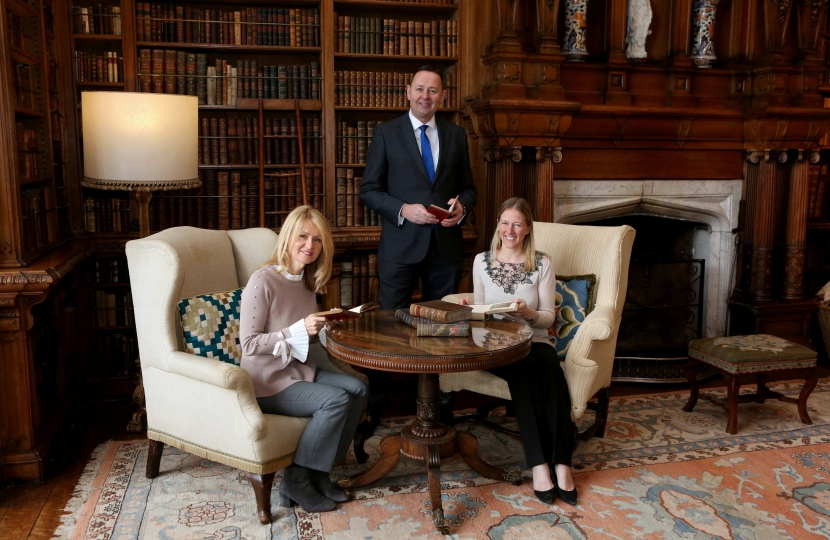 Cheshire and Warrington’s Residents’ Festival was today launched by Cheshire MP, Esther McVey and Mark Livesey, CEO of Marketing Cheshire at Arley Hall and Gardens near Warrington. Arley Hall is known to millions as one of the main settings for the award-winning ‘Peaky Blinders’ BBC crime drama* (fifth season to be broadcast soon). The festival is to thank local residents for welcoming even more tourists to the county this year and coincides with VisitEngland’s English Tourism Week (30 March – 7 April). Supported by Cheshire East Council, Cheshire West & Chester Council and Warrington Borough Council, free vouchers can be downloaded on Thursday 21 March at 10am.  To obtain vouchers, residents simply log on to the easy-to-use website, www.visitcheshire.com/cheshireresidentsfestival

New attraction for 2019, include the National Trust’s spectacular moated and half-timbered Tudor manor house, Little Moreton Hall, as well as the unique Clonter Opera Theatre, both near Congleton. Also new are Reaseheath College’s mini Zoo near Nantwich and trips on Chester Boat.  Knutsford’s spectacular Tabley House Collection which is based around a great Regency picture collection and includes thousands of historic items, textiles and furniture will also be open. This jewel of a collection is housed in the county’s only 18th century Palladian house. For the first time, Wirral’s famous Ness Gardens will also be joining the Residents’ Festival.

The Festival is an acknowledgement of the huge role that residents play in welcoming and directing the growing number of visitors to Cheshire. Latest figures* show the county welcomed more than 64 million visitors and tourism employed over 36,000 people. Cheshire’s tourist trade has soared by more than 75% since 2010. This comes on the back of data recently published by the Office of National Statistics which showed that Cheshire and Warrington’s economy grew faster than anywhere in England.

The number of festival tickets will vary according to the attraction and everyone applying must have either a Cheshire or Warrington postcode.

VisitEngland England Director, Andrew Stokes, said: “English Tourism Week is all about celebrating our outstanding tourism industry locally and it’s great to see the Residents’ Festival taking root and bringing tourism alive in Cheshire.  The welcoming attitude of locals is a huge part of the visitor experience and encouraging residents to be tourists in their own county is a great way of engaging and thanking them for their invaluable contribution.”

What else is open? Many of Cheshire’s famous gardens will be open, such as Capesthorne Hall, set in 100 acres of picturesque parkland and gardens; Knutsford’s Tatton Park – one of the UK’s most complete historic estates and Arley Hall’s magnificent formal gardens, arboretum and woodlands.

Visitors can discover the wonders of the universe at the world-famous Jodrell Bank, or marvel at the ingenuity of Victorian engineering at Northwich’s Anderton Boat Lift - the world’s first successful boat lift and widely known as the ‘Cathedral of the Canals’. Alternatively, Wirral’s Port Sunlight Museum tells the story behind the visionary model village created by multi-millionaire soap manufacturer, Lord Lever for his workers. For those interested in the natural world, visitors can get up close to the magnificent horses of Tarporley’s Cotebrook Shire Horse Centre.

Mark Livesey, Chief Executive of Marketing Cheshire, said: “Cheshire and Warrington has a glittering array of tourist attractions and we want to thank local residents, who provide such a warm welcome to our visitors from home and abroad, the chance to experience many of them for free. We warmly invite our communities to come and join in the fun and take pride in the attractions on our doorstep.”

Esther McVey, MP for Tatton, said: “I am delighted to be part of this launching this innovative Residents’ Festival. Tourism is a very important and valuable part of Cheshire’s economy and the county is fortunate to have a wealth of talented, hard-working people running its attractions, who are investing time and energy in generating prosperity for everyone.”

Peaky Blinders is an award-winning BBC crime drama television series set in England in the despair, hedonism and economic upheaval of the First World War. The series follows the exploits of the Shelby crime family. Thomas Shelby, returned war hero, runs Peaky Blinders one of the most powerful gangs of the time and his ambitions run to more than just organised crime on the streets.

Arley Hall doubles as Thomas Shelby’s Birmingham manor house and is a significant location for the series. The fifth series of Peaky Blinders is scheduled to be broadcast on BBC 1 this April.