Esther's brainchild, 'If Chloe Can' comes to Wilmslow 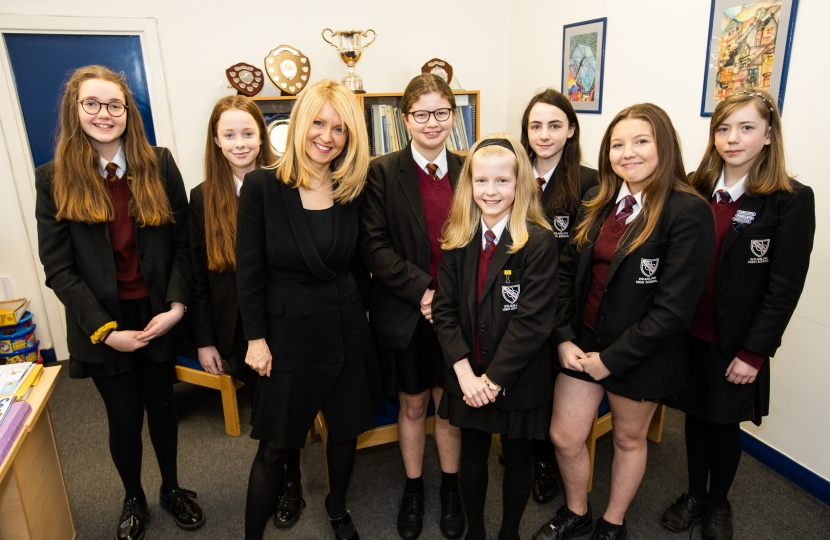 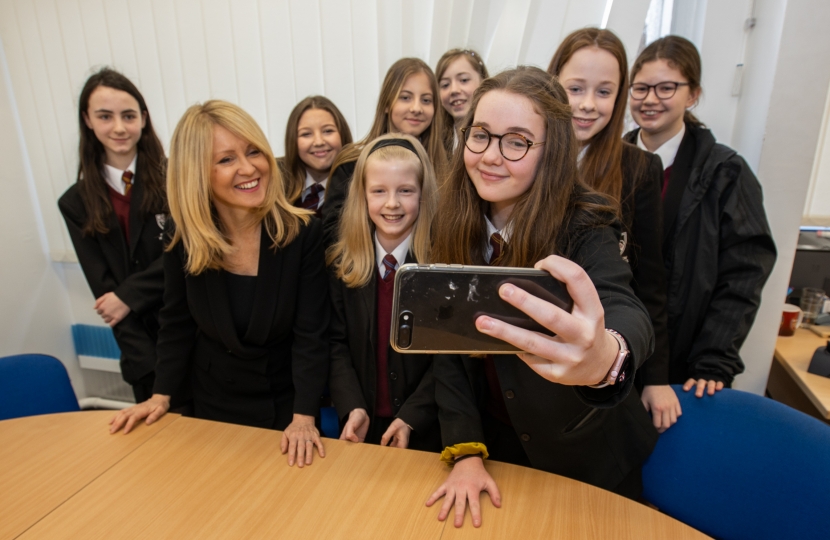 Students who took part in an educational programme aimed at helping young girls reach for the stars have met the creator behind the idea – who happens to be their very own local MP.

Pupils from Wilmslow High School took part in the If Chloe Can programme earlier this year and on Friday met with Tatton MP Esther McVey to tell her what they thought of her brainchild.

The If Chloe Can charity (ICC) goes into schools and works with girls aged 12 to 14 to help them develop the vital skills teaches them vital skills of Confidence, Assertiveness and Resilience (CAR programme) as part of their PHSE and career studies.

Ms McVey said: “If Chloe Can is about empowering young girls and ensuring they know they can be and do anything they want to do as long as they work hard. I am passionate about this and am delighted it has happened in one of our schools.

“Speaking to the girls it was clear they had learnt so much and we talked about aspirations and never giving up on dreams. This is so important now especially in a time when social media can have both a positive and negative influence on a child’s life. I said to the girls it was important to have a balance in life and not worry too much about what other people think of you, especially things they made read online, or comments posted by someone sitting behind a keyboard. It was clear talking to the students they really enjoyed the programme and spoke passionately about it so I could not ask for more than that.”

If Chloe Can started out in 2010 as a magazine for young girls featuring stories of successful women to inspire girls and went on to be made into a play by the National Youth Theatre. It has continued to go from strength to strength and now is a charity, which goes into schools.

Ms McVey said: “When I created the If Chloe Can career magazines - all real life stories of successful women from all walks of life and from which the national play and the CAR programme flowed -  I thought even if one girl was inspired and it changed her life and led to her achieving her career goal then it would have all been worthwhile. Years later the charity is continuing to flourish and I am thrilled it is the basis for educational learning in such an engaging way.”

The CAR programme is offered at no charge to participating state schools and the programme usually takes the format of three two-hour sessions each one addressing one of the three aspects of CAR. In addition, there is a half day workshop on a Saturday which will bring together all the students, guest speakers and other role models.