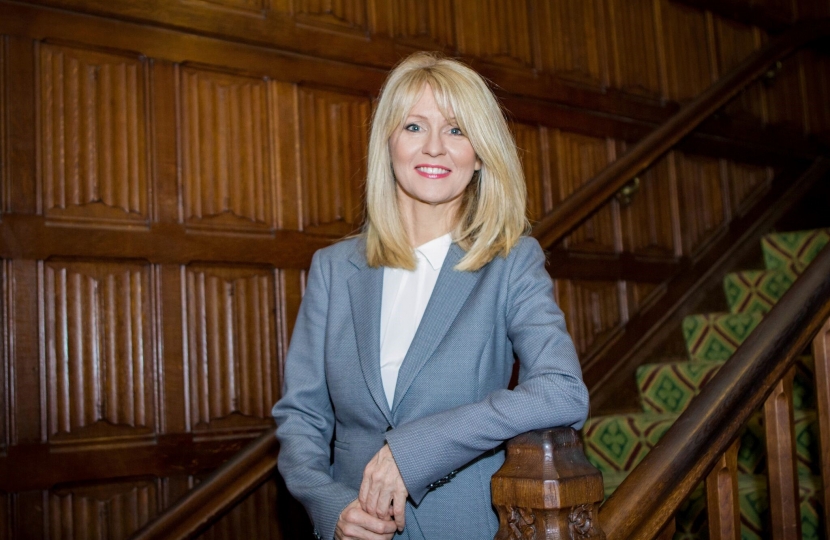 Tatton MP Esther McVey met with the ambitious youngster in Parliament and they appeared on CBBC’s Newsround together today, ahead of International Women’s Day on Sunday. She spoke openly about her early childhood in care to encourage a ten-year-old with ambitions to be the Prime Minister to believe in herself – telling her where you come from should be no barrier to where you end up.

Lucia, who wants to hold the top job in the country, told of how her mum and dad “work hard but get low pay”, so asked the MP what can be done to inspire children like her to get into politics.

Ms McVey said: “I was a Barnardo’s child and my parents could not look after me when they were young as they were very poor. I always say it does not matter where you come but where you are going to.”

The pair discussed Ms McVey’s leadership bid last year, with Lucia quizzing her on what it was like and whether she would do it again.

Ms McVey said: “It was daunting, nerve wracking, I didn’t think about me and whether I was running for leader, I did it for the people I wanted to represent. Yes I would do it again, but sometimes it is best you don’t know what is going to happen, because if you knew all the hurdles, all the ups and downs and the difficulties you might not go on that journey, so keep a hold of what you believe and have the strength to go forward.”

Off camera the pair chatted, and Ms McVey said she had no doubt the 10-year-old would one day be sitting on the famous green benches in Parliament.

Ms McVey added: “Lucia is clearly a very passionate, caring and talented young girl with big dreams. It was a pleasure to meet her and chat things over with her. One of the most important things I told her, which I would tell any young person is, believe in yourself and do not be put off by what others say. Especially in an age where social media can make or break a person it is important to have resolve and believe in yourself and not listen to what people sitting behind a keyboard may or may not say about you. I believe if you work hard and do your best then you can achieve whatever you want to be.”

Ms McVey is passionate about helping young people reach their full potential and in 2018 produced Commons Careers, a magazine detailing different jobs held across the Parliamentary estate by women as part of the celebration of 100 years of women being allowed to vote. It included interviews with political advisers, MPs, researchers, catering staff and IT specialists, as an inspirational took for young girls.