Esther meets Transport Secretary about the second train for Knutsford 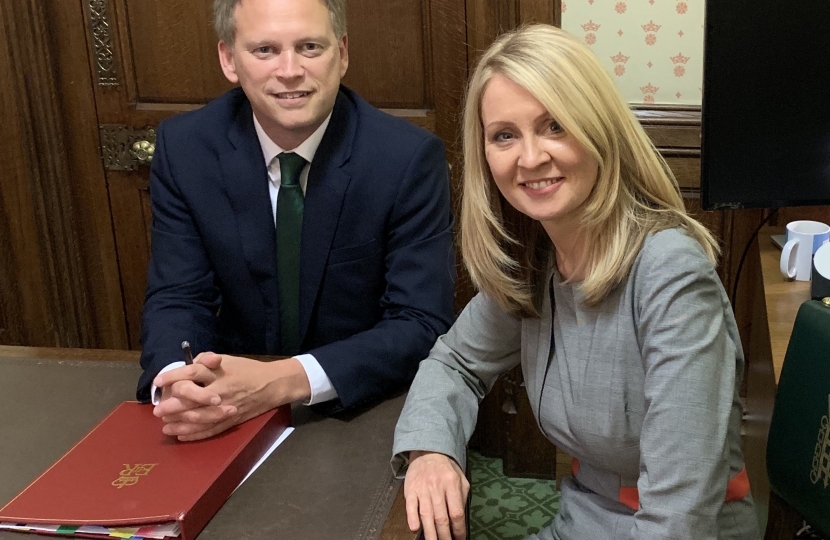 The Department for Transport has come under renewed pressure from an MP to find out why rail bosses have put the brakes on increasing capacity on the mid-Cheshire line.

Tatton MP Esther McVey said it was ludicrous that a company could win a franchise which included a pledge to introduce two trains an hour from Knutsford to Manchester for rail chiefs to later say there is no capacity.

Ms McVey said: “Either there was capacity at the time or there was not. I do not understand how this was included in the franchise and four years on we are still waiting for it to happen. How is it we are being told there is no capacity on the line – surely this would have been established well in advance of any bids being put in and agreed?”

Ms McVey met with new Transport Secretary Grant Shapps to set out her concerns and ask him to get answers as to why suddenly there is no available capacity.

After Northern won the Mid Cheshire Line franchise bid in 2015 it promised the extra train an hour, which was due to begin in December 2017. But the plans have been dogged with delays and eventually after repeated questioning and meetings in Parliament, letters to Northern, Network Rail and Government, Ms McVey was told it had been postponed.

Ms McVey added: “Northern promised the trains as part of their franchise bid and that bid was successful. The fact this has now changed means questions need to be answered and all involved come up with solutions on how to resolve the issue.

“I made it clear to Grant Shapps that my constituents are frustrated by this. It is unacceptable to have such an unreliable and irregular service in such a busy part of the country. The increase in service was part of the franchise bid and I and everyone else expects it to be delivered. He assured me he would look into it and I will keep chasing up this matter with him until he gets answers and we get this upgrade back on track.”