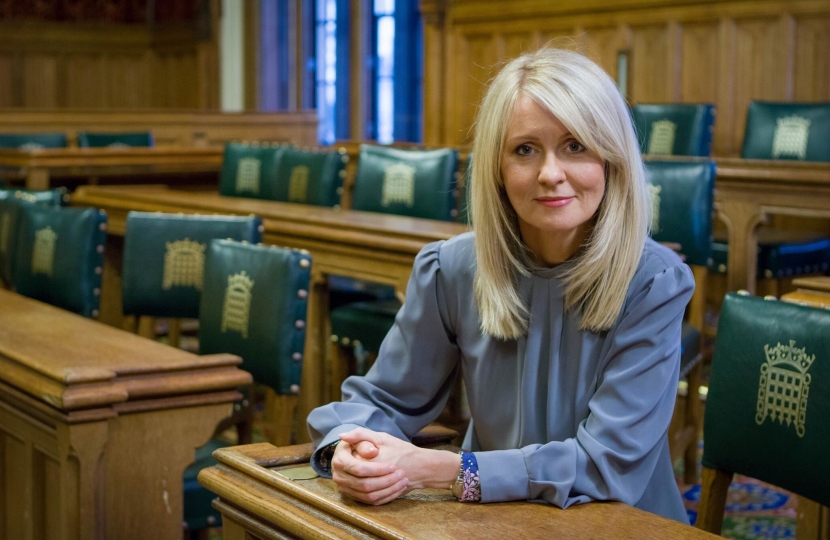 The Mid Cheshire Rail Users Association (MCRUA) have met with Tatton MP, Esther McVey, in their quest to get the Department of Transport, Network Rail and Northern reminded of their obligations under the current rail franchise agreement.

The current franchise agreement on the Mid Cheshire Line, which connects Chester to Manchester via Northwich, Knutsford, Altrincham and Stockport supports two trains an hour, one of these being a limited stop faster service and an hourly service on Sundays.

These requirements have been the main thrust of MCRUA's campaigning over the last 5 year along with the re-opening of the Middlewich branch between Northwich and Crewe to passenger traffic with stations at Gadbrook Park and Middlewich.

We are pleased that Ms McVey is taking a personal interest in the rail users on the Mid Cheshire Line.

"Northwich is only 20 miles from Manchester, the nearest big employment centre, but it currently takes almost an hour by train which is an average speed of 20 miles per hour.

"You only need to stand on Knutsford or Northwich stations in a morning to see how frustrated passengers are with our slow service and outdated rolling stock.

"This poor connectivity of these sluggish hourly trains is strangling the growth of the Mid Cheshire economy.

"Likewise, we are trying to promote the Mid Cheshire Line as the route for people in our regional cities to a have a marvellous day out at our towns and attractions along the line.

"We know people in Manchester, Stockport and further afield love to visit Knutsford by train for its shops and eating houses, Northwich for the Weaver Hall Museum, Lion Salt Works and Anderton Boat Lift and Delamere Forest for a healthy day out.

"All we are asking is that Mid Cheshire gets it fair share of national transport budget, faster trains and the two trains an hour promised from December 2017 by the Department of Transport in the Northern railway franchise commitment.

"Our current rail service would be totally unacceptable in any other part of the country."

Following the meeting, Tatton MP, Esther McVey said:
"I will continue to push Government, the relevant Ministers and the Chancellor for better local transport connections across Cheshire and into Manchester".