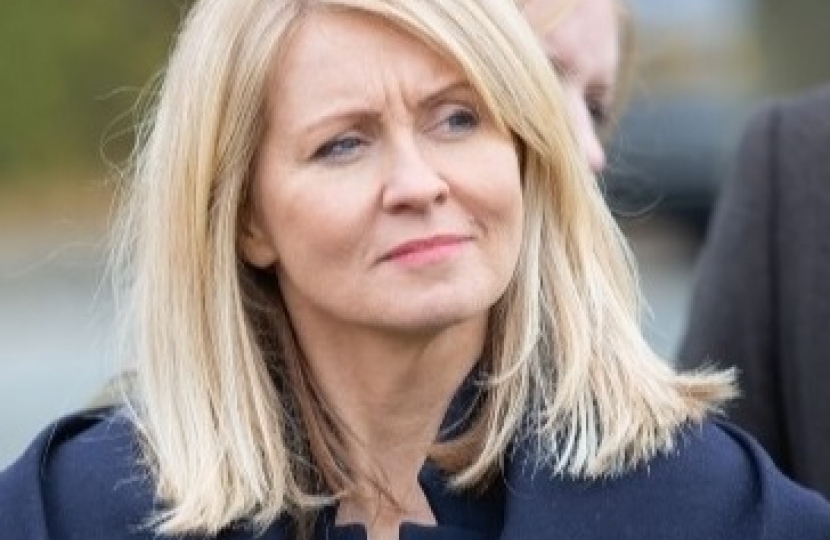 People across Cheshire wanting to pay their respects on Remembrance Day should be allowed to do so, Esther has warned.

Events across the country will go ahead but in a very different way to pervious years with restrictions on those attending.

The Tatton MP wants the ceremonies open to anyone with social distancing measures in place to protect themselves and others and wanted church services – which have been stopped - to go ahead in a social distanced manner.

She said: “Remembrance Sunday should not fall victim to Covid. It would be an outrage if the only big gatherings held during lockdown were demonstrations. This is a one off and a very special time for everyone to pay their respects and reflect on those who have died for our country.

“I believe people who want to show their respect should be allowed to do so in a safe way. People know they must socially distance, wash their hands and wear face coverings and people are sticking to this so I do not see why, if everyone takes precautions, the events cannot go ahead.”

Government guidance states the only people who should attend an event are those attending as part of their work, including local MPs, faith workers and local councillors, people attending on behalf of a recognised organisation, members of the Armed Forces and veterans and their representatives or carers.

Members of the public are legally allowed to stop and watch the event as spectators but Government want event organisers to discourage people from attending.

The national commemoration service at the Cenotaph in London will go ahead but will look very different to previous years.

The head of the NHS has come under pressure from Tatton MP Esther McVey to set out when promised on the spot Covid tests will be rolled out to allow partners to support expectant mothers in labour.