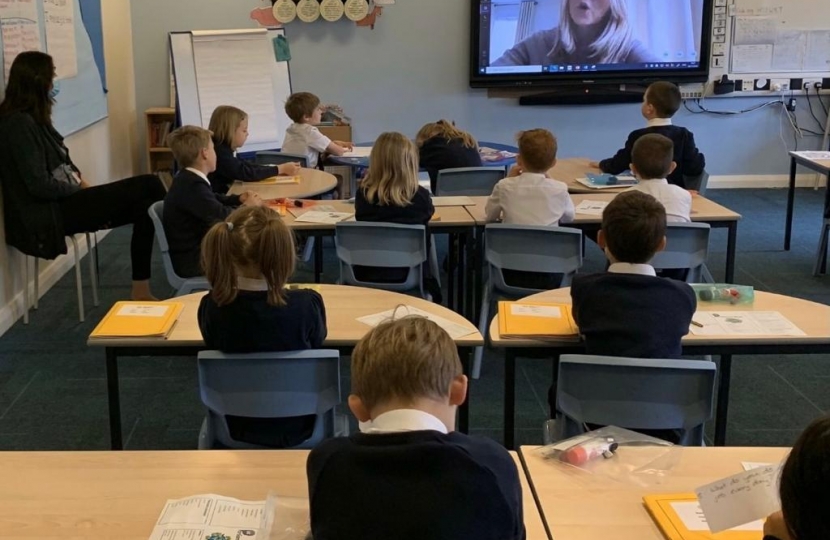 Hundreds of school children across the area last week put questions to their MP as they took part in Parliament Week.

The annual event saw Tatton MP Esther McVey hold Zoom meetings with schools as current Coronavirus restrictions meant she was unable to go in to see the children.

She said: “Young people are so engaged with what is going on and had many questions they wanted answered. It has been quite a week in politics both nationally with our second lockdown and internationally with the American election so it was a great week for Parliament Week to be taking place, we were not short of topics to discuss.

“I was very impressed with their knowledge and the passion they have for all sorts of issues ranging from the environment to the current pandemic. Many of the students discussed the current restrictions and it was clear they had been following events very closely in Parliament. I really enjoyed chatting with the children but did miss not being able to go in and meet with them in person but will look forward to when we can do that again. As the meetings took place over Zoom multiple classes were able to take part in a safe way so more people were able to get involved.”

Parliament Week encourages people to get involved in politics, find out more about the parliamentary process and how democracy works.

Year five and six teacher at Wilmslow Academy Sophie Maxwell said: “I found it interesting finding out what Esther does as an MP, especially when she was explaining about voting on important laws. We felt we had inside knowledge because she told us how she was going to vote about lockdown before it even happened

“When I asked her about the best part of the job, I thought it was amazing that she had met the Queen as not just anybody meets the Queen. I thought it was remarkable that she took the time to speak to us. She didn't even seem rushed and there is so much happening in the world at the moment.”

The head of the NHS has come under pressure from Tatton MP Esther McVey to set out when promised on the spot Covid tests will be rolled out to allow partners to support expectant mothers in labour.