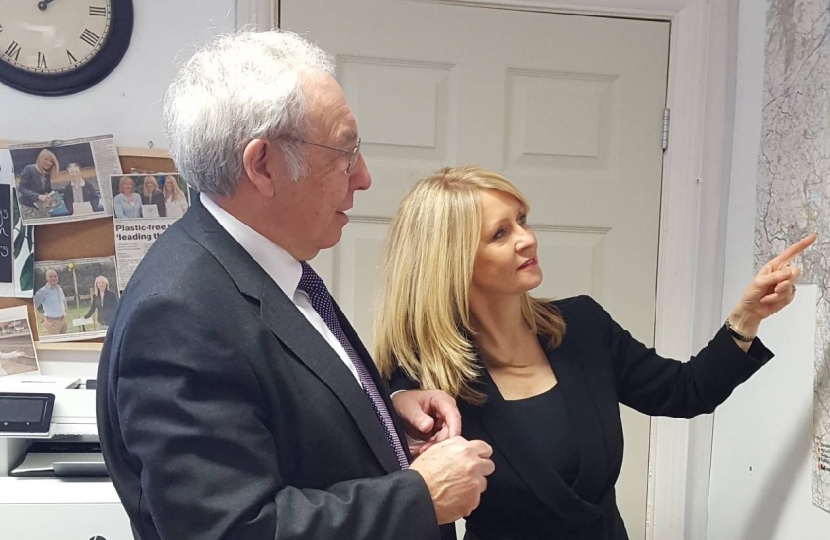 No-one is better placed to be the next Police and Crime Commissioner, tackle rising crime and hold top police chiefs to account than a former officer with 30 years of experience, Esther McVey has said.

The Tatton MP said John Dwyer, the Conservative PCC candidate has the skills and knowhow to ensure the £200 million policing budget is spent effectively and the public feel safe.

Ms McVey said: “John Dwyer is highly respected in the force and finished his distinguished career as Assistant Chief Constable for Cheshire. He also served for four years as our Police and Crime Commissioner from 2012 to 2016 and therefore is very aware of what the role entails so will not be learning on the job. If elected he can hit the ground running and start delivering the 230 extra officers that the Conservative Government promised.

“He has excellent local knowledge, excellent contacts both in the force and in Government and I believe he is the right man for the job.”

Mr Dwyer has promised to boost police numbers and ensure “Cheshire has the highest number of officers it has ever had” and criticised the current Labour PCC for prioritising back office staff over front line officers.

Mr Dwyer said: “Under Labour crime in Cheshire has been creeping up. The rate of burglary detection in Cheshire is now disappointingly low. That simply isn’t good enough.

“Cheshire deserves a Police and Crime Commissioner that has the experience to work with the Government to secure our fair share of officers for the entire county, to get crime down and make our streets safer.”