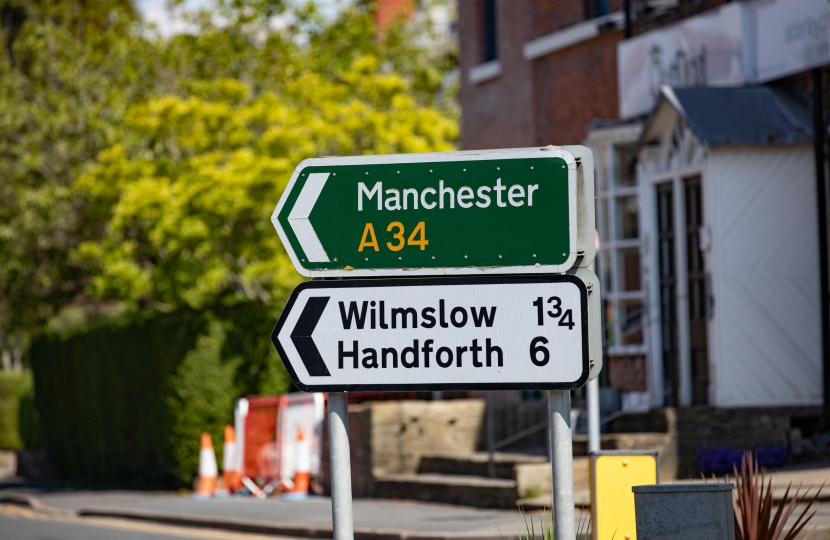 Proposals to merge three "very individual" parish councils have been opposed by Esther McVey - as she urges residents to have their say.

The Tatton MP said Handforth, Wilmslow and Chorley each had their own identity and creating what would be the largest town council in Cheshire East was a "mistake".

A borough-wide review looking at town and parish boundaries, along with numbers of councillors will run until November 28.

Ms McVey has submitted an official response to the consultation being run by Cheshire East Council.

Ms McVey said not only do the areas have different identities and issues, but she also fears any amalgamation would see councillors from Wilmslow take in Handforth and Chorley, effectively cutting out their local representatives.

She said: “It is difficult to see how a forced amalgamation would benefit either Handforth or Wilmslow. Both are sufficiently large enough in their own right to be sustainable and any amalgamated Council would represent a truly significant number of Cheshire East residents; particularly given the number of new houses being built around Handforth. It would be far larger than virtually any other Town or Parish Council in the Borough.

“Adding Chorley into the mix is also misjudged, given that residents in Chorley have their own clear identity and don't particularly have an affinity with Wilmslow (and even less with Handforth). Again, there are parishes of similar sizes that have not been recommended for addition to adjacent areas. It feels very much as though Chorley has been added to align parish boundaries with the ward boundaries at Cheshire East Council. You can't force what isn't a natural affinity. The only likely outcome will be to drive a lack of local engagement within Chorley.”

Cheshire East Council was created in 2009 and it says it has not held a full review of town or parish council governance prior to this consultation. It claims the aim is to “continue to reflect local identities and facilitate effective and convenient local government”. But Ms McVey said its proposals will deliver the opposite outcome.

She added: “It is difficult to imagine why adding one of the largest parishes in Cheshire East (in Handforth) to an area already large enough to sustain a Town Council is a logical conclusion given the number of far smaller parishes that have been judged to be sustainable as they are.

“It seems to me that the council are trying to align parish boundaries in line with council boundaries. I have also had people say to me that the reason this is being done is because it would deal with the historic problems of Handforth Parish Council. If this is the case, this is not the way to deal with such a problem. I have made my views clear and I hope other residents wanting to contribute will do so in the coming weeks.”