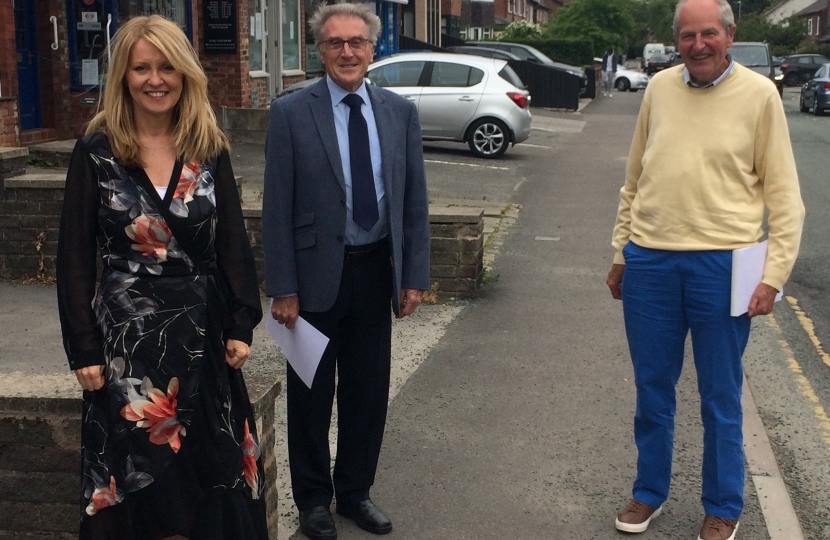 Esther is set to meet with top Government ministers to discuss new planning rules to ensure any proposed changes will not be at the detriment of engaging with residents and groups.

The Tatton MP said the Planning Bill announced as part of Government’s new legislative programme was shrouded with uncertainty and people needed assurances developers would not be able to ride roughshod over local land.

Last week she has met with Wilmslow Civic Trust Chairman Stuart Kinsey and Secretary Christopher Dodson to discuss their concerns, which she will be putting to Government, along with views from other concerned constituents.

Ms McVey said: “I had a very helpful meeting with Wilmslow Civic Trust and I share their concerns over the new Planning Bill as there is too much uncertainty about what it means and I hope the Secretary of State will give me the reassurances my constituents need when I meet with him later this week.

“Homes need to be built in the right places and people need to have a say over this.”

Mr Kinsey believes the emphasis in new legislation should address the issue of the many planning permissions each year which go un-built.

He said: “The goal of reform must be to see more of the right homes built and not just more permissions granted. I am keen to hear of ideas for motivating developers to build-out and which discourage land banking".

The Planning Bill will be brought to Parliament later this year would designate land for growth, protection, or renewal, with different planning rules applying for each. Land designated for growth would receive automatic outline planning permission, with local councils being unable to turn down applications. Critics fear homes will be built in wrong locations and local councils would not be able to object.