5k Your Way- support for people living with cancer 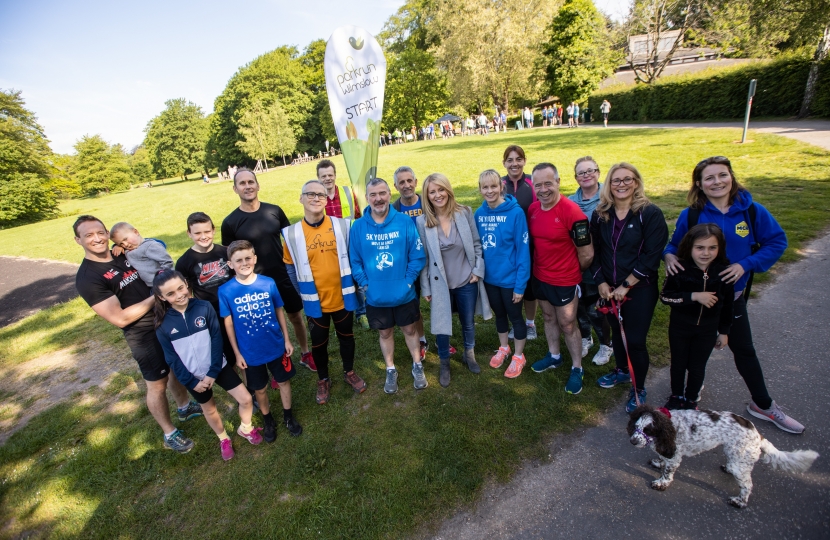 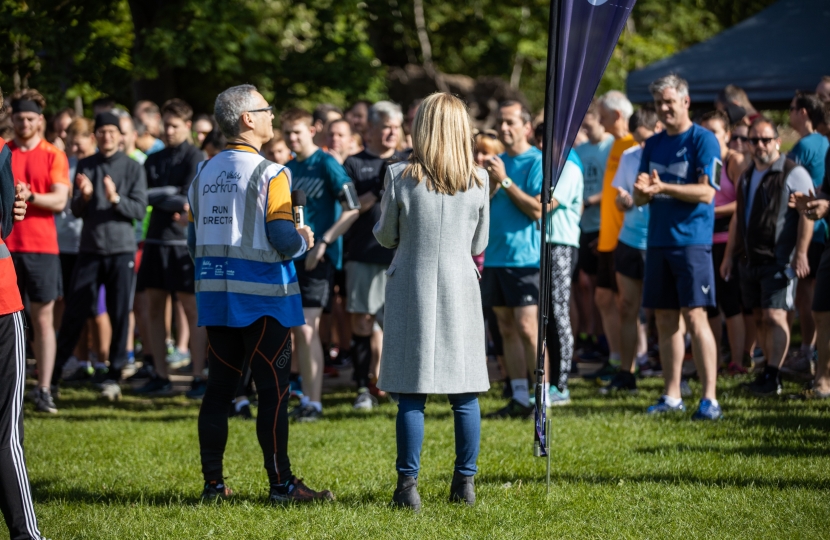 An MP is throwing her weight behind an initiative to encourage anyone living with cancer, their family or friends to come together and share experiences as they exercise.

Wilmslow’s 5k Your Way was launched earlier this year on the back of growing interest in parkruns across the country and allows people to run, jog or walk the distance.

She said: “I was honoured to have been asked to attend and was blown away by the event. Not only are people getting exercise, they are making friendships and can be supported by others who understand what they are going through.

“Tony and Sara are so passionate about the value of exercise and it is great that they stepped forward to be Ambassadors so the 5k Your Way could come to Wilmslow. I met a number of people who regularly take part in the 5k Your Way including Jacob who was diagnosed with cancer at just over a year old and is now in remission. He takes part on his dad’s back and definitely stole my heart.”

The organisers want to get as many people involved as possible and are hoping health care professionals will tell patients all about it. They said evidence shows how beneficial exercise can be for those living with and beyond cancer.

Mr Collier, who is a keen runner and secretary of Styal Running Club, has firsthand experience of how a cancer diagnosis can change your life.

He said: “I was always a fan of parkruns and the sense of community it brings. My life changed suddenly in 2017 when I went from running the Manchester and Paris marathons a week apart from each other to days later being told I had cancer. I firmly believe that staying fit and exercising regularly will help prolong my life and I am passionate about encouraging other to do the same.”

Mr Collier visited a sports injury doctor as he believed he had strained his groin. Scans revealed he had prostate cancer and further tests revealed it had spread.

Mr Collier added: “I was given a worst-case prognosis of two years and had effectively gone from training for an ultra marathon to terminally ill in 36 hours. There are so many other benefits to getting involved in the 5k Your Way Move Against Cancer besides the excellent physical benefits exercise can bring. People have told me taking part has helped their self esteem and met new friends who understand the journey they are on.”

The Wilmslow event, which is on the last Saturday of every month, was the first of its kind in the North West. As well as encouraging people who can to participate in physical activity, it provides a support network for anyone affected by cancer. After each event people who want to go for a coffee and chat.